A gateway to the highly desirable MOF (Best Worker of France) distinction, the Relais Desserts Charles Proust competition took place at the Chocolate Trade Show in Paris on Wednesday, October 31st; 11 young pastry workers were competing in this 2018 edition.

Once more, each candidate in the running at this illustrious contest—re-launched in 2006 by the Relais Desserts Association—tried to show more imagination, more creativity and technique than the other to create pieces as beautiful as gourmet. 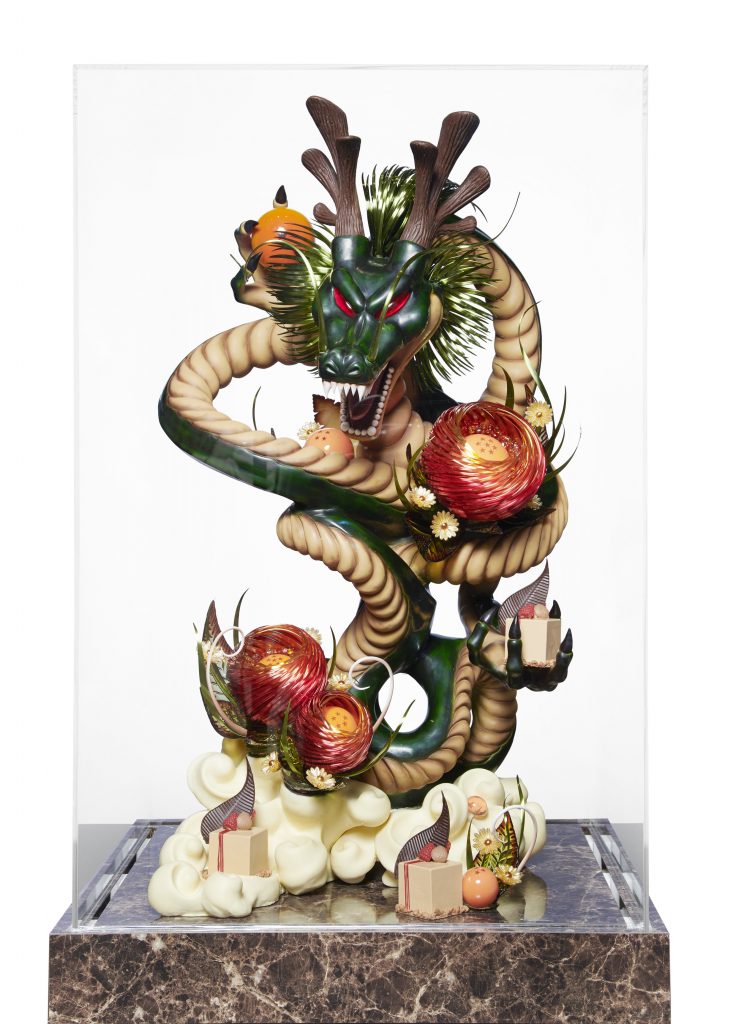 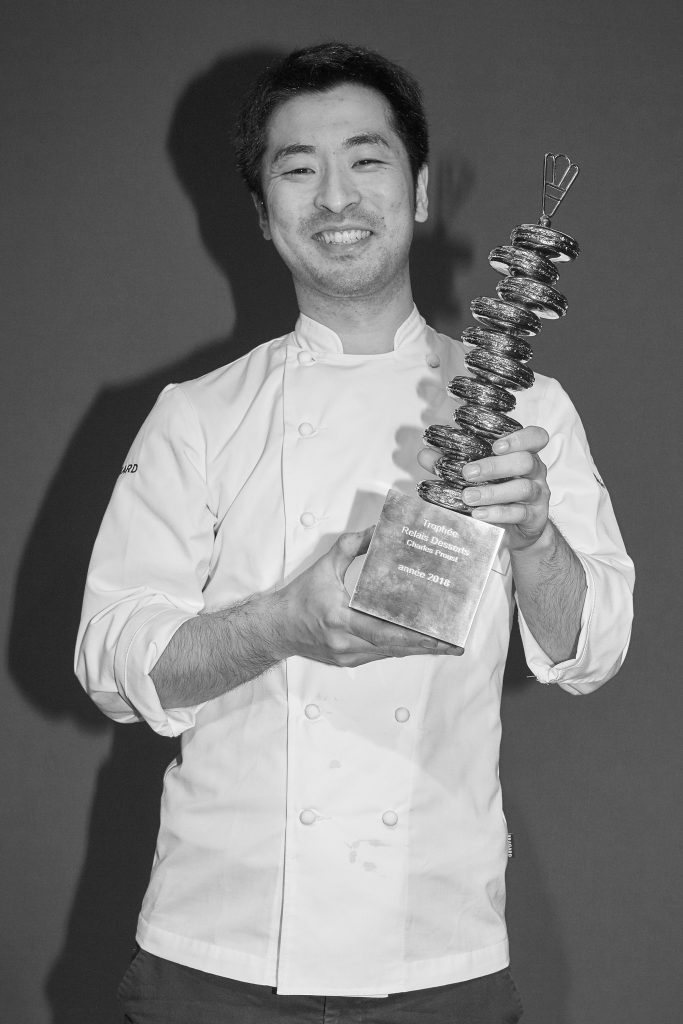 Keita ISHIGURO, 1st Prize Charles Proust and undeniable talent of this edition, since Keita also won the People’s Prize, the Artistic Prize and the Tasting Prize. Pastry chef, he has been working at East Gallery in Tokyo since 2014. 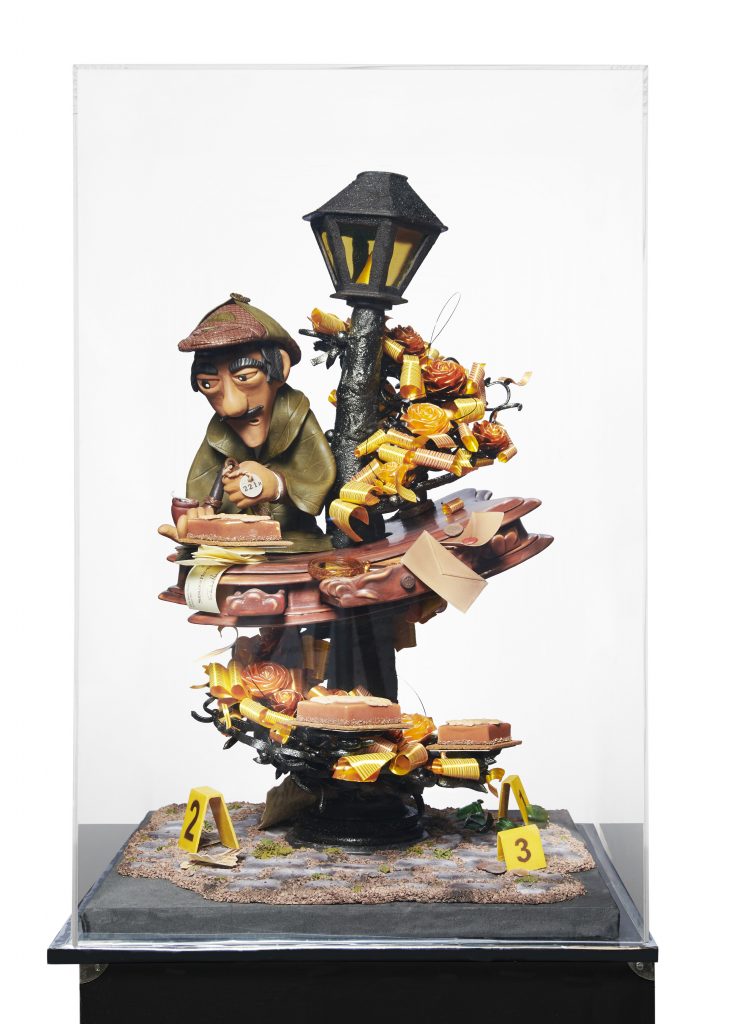 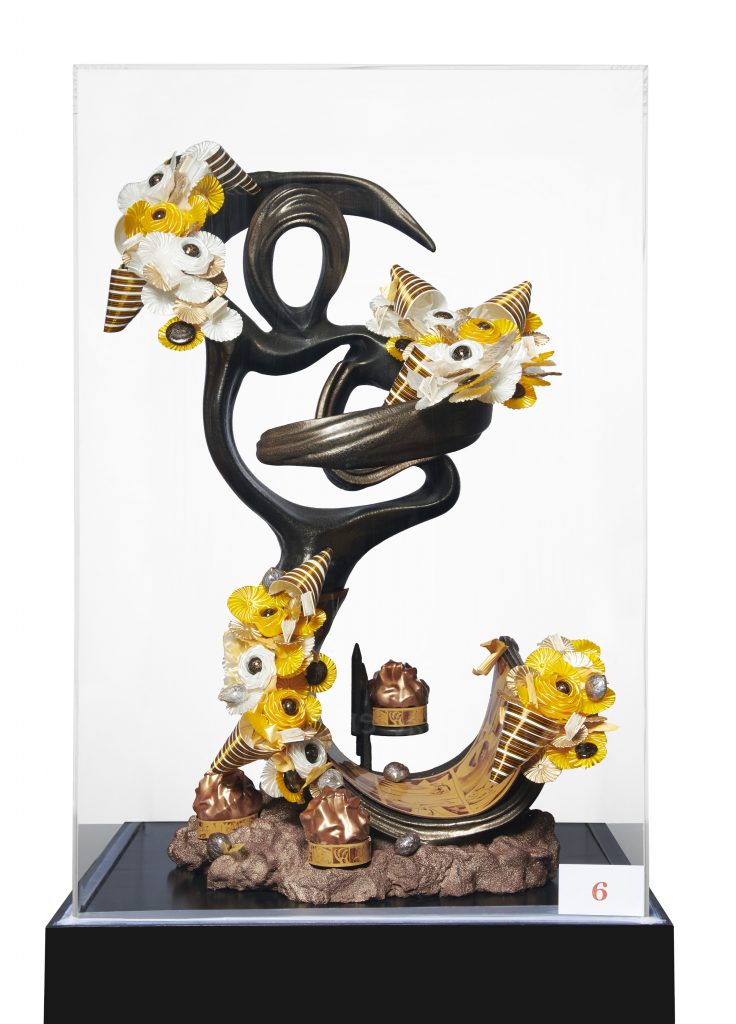 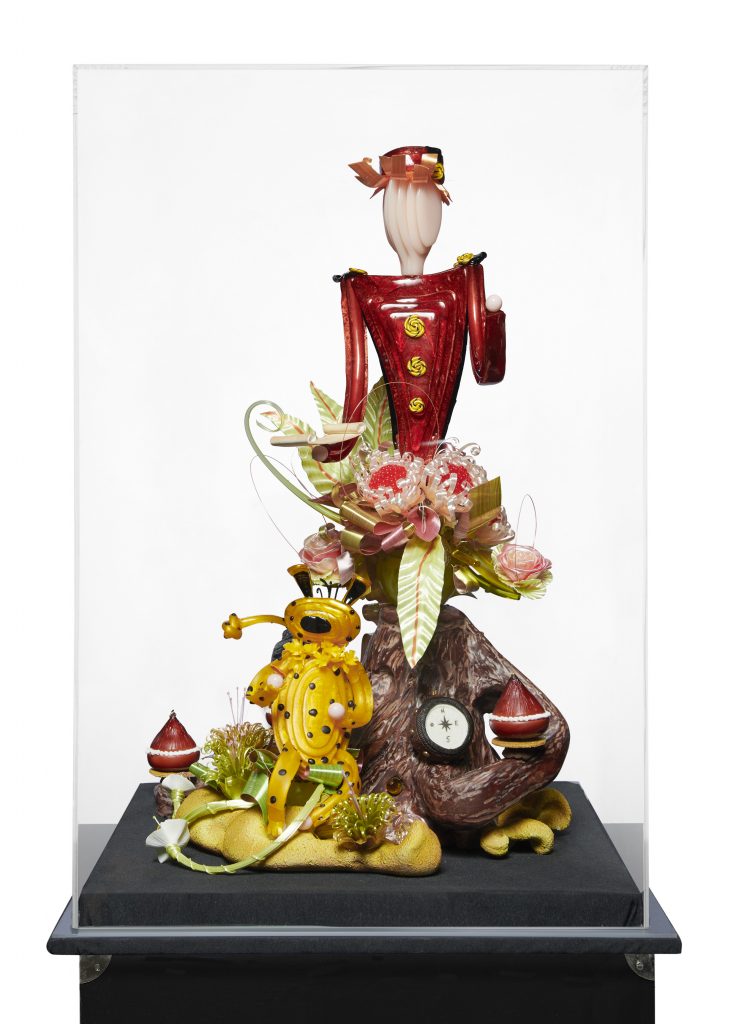 The “Chestnut Nugget” recipe and the “Abstract… Stroke of a pen” artistic piece of Enzo ROUSSEL, 3rd Prize Charles Proust.

“The Spip” recipe and the “Marsupilami” artistic piece of Pierre-Henri ROULLARD, Press Prize.

with his “Dream” recipe and his “Dragon” artistic piece

with his “Baker Street” recipe and his “Sherlock Holmes” artistic piece

with his “The Spip” recipe and his “Marsupilami” artistic piece