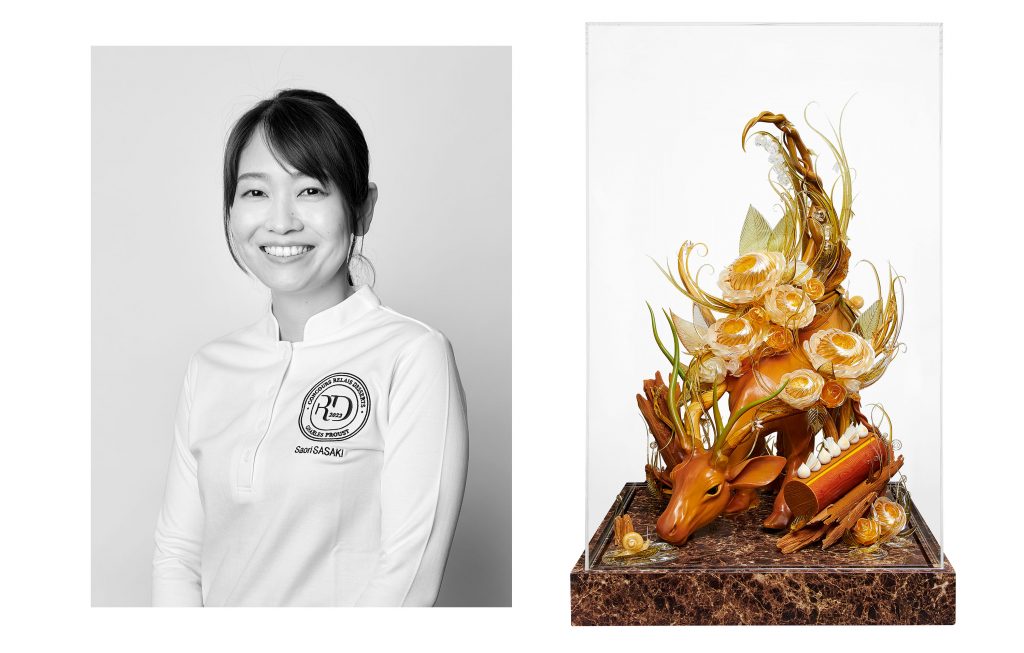 Saori Sasaki of the Tokyo Patisserie School won the Relais Desserts Charles Proust Trophy and made history as the first woman to win the award.

For this the 2022 edition, Relais Desserts has chosen to organize the competition behind closed doors in an intimate atmosphere reserved only for professionals. The Yachts de Paris liner hosted this edition of the awards during which​ the candidates’ creations were evaluated in complete anonymity by a professional jury.

The juries, chaired by Patrick Agnellet, were composed as follows:

This year’s theme was: Naturalness and the candidates had to make an artistic piece as well as a dessert, both having to respect the theme.

The tasting jury assessed the quality of the desserts proposed by the candidates. They took into account the taste qualities but also compliance with the theme.

The tasting prize was awarded to Romain Bert of Maison Vincent Guerlais for his Gala dessert, which obtained the highest tasting score.

The artistic prize was awarded to the piece Purity by Soari Sasaki which obtained the highest artistic score. 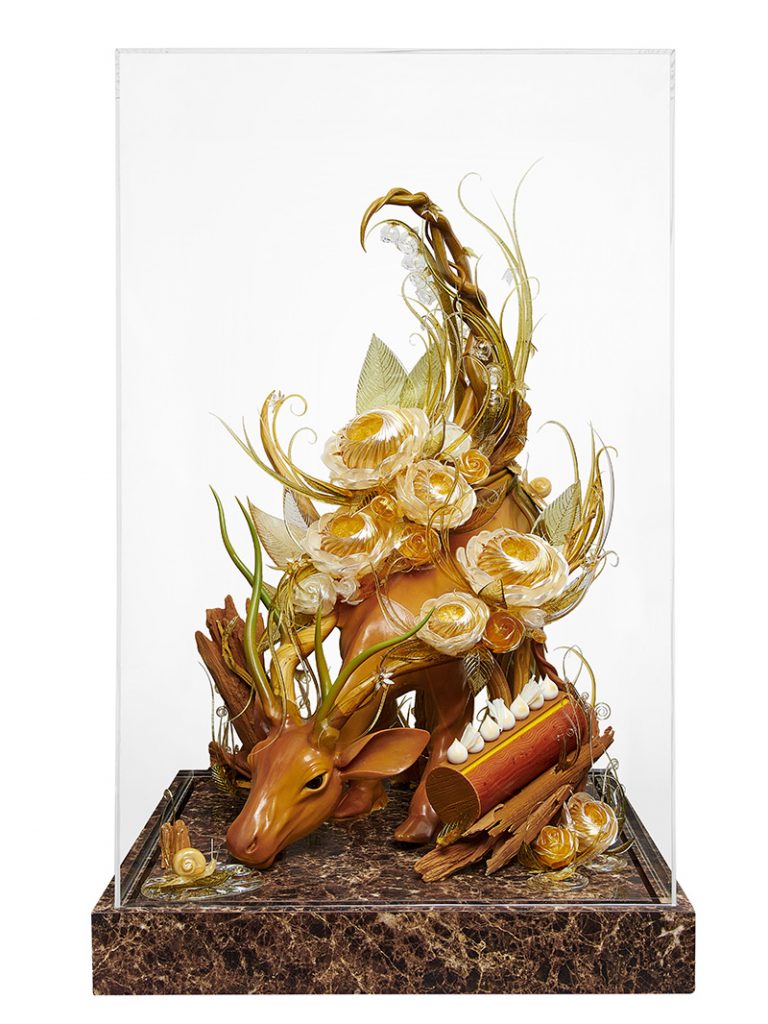 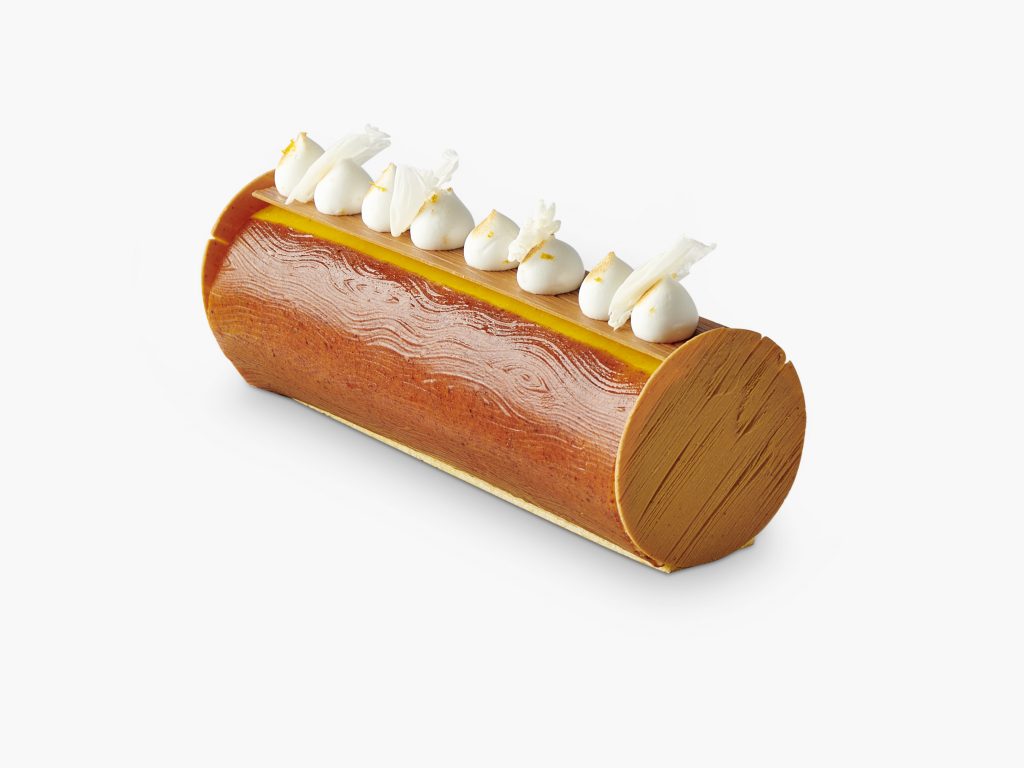 The Charles Proust Relais Desserts Trophy was awarded to Soari Sasaki who obtained the best ranking as a total of the artistic and tasting scores. 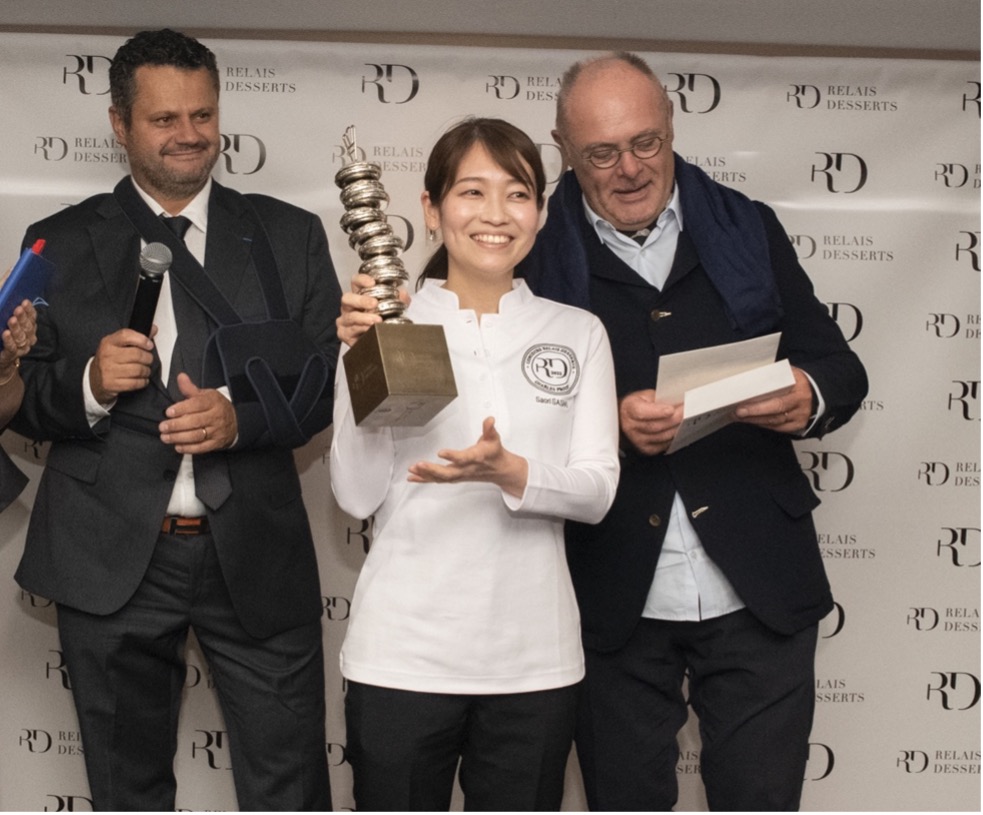 Soari Sasaki in the presence of Vincent Guerlais and Jean-Paul Hévin who presented him with the Trophy.

The 2nd prize was awarded to Keita Tanaka of Japan Cake & Confection College for her piece and her Corsican dessert of abundance:

Presentation of the creations by other candidates:

With his creation Quindio

With his creation Biloba