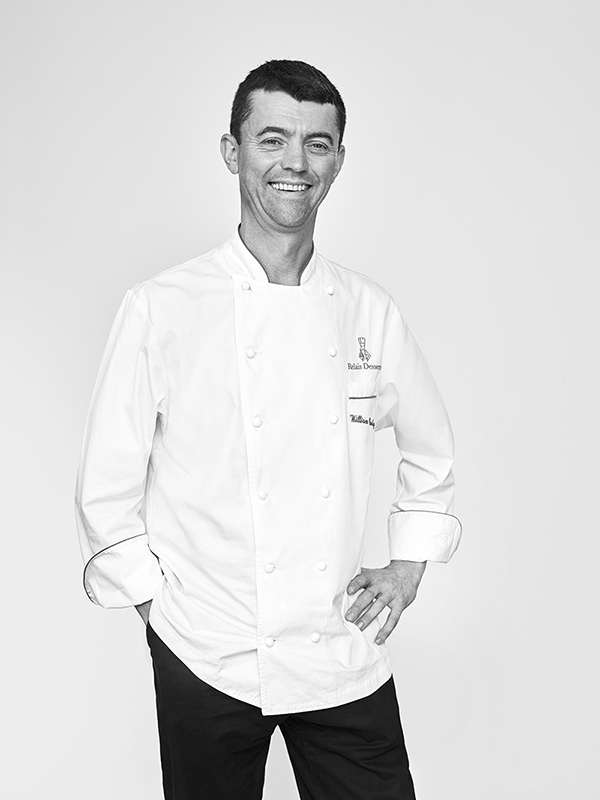 William Curley grew up in Scotland and began his career with an apprenticeship at Gleneagles Hotel.

He then went on to train with world renowned chefs including Pierre Koffmann, Raymond Blanc and Marco Pierre White. He subsequently became Chef Patissier at The Savoy, London, where he met his wife and business partner Suzue. He and Suzue opened their first ‘William Curley’ shop in Richmond-Upon-Thames in 2004, followed by their second shop in Belgravia, in 2009.

William has won a variety of awards, including four times winner of ‘Best British Chocolatier’. William and Suzue are passionate about what they do. And with passion comes quality. This pair of perfectionists produce each of their creations with great precision. They also make sure they work ethically, sourcing their ingredients from a Tuscan supplier who shares the same values.

The 1st Mondial de la Praline will take place from 27 to 30 October 2022 in the heart of the new CFA of Gastronomy, imagined and chaired by the starred chef Christian Tetedoie, in Marcy-L'Étoile (69). Small pink market, exhibition, contests, etc. all details can be found on the event page: https://www.mondialdelapraline.com/