The Relais Desserts Charles Proust event is one of the competitions pastry chefs love most.

As the emblem of a whole profession for close to fifty years, the competition was taken over in 2006 by Relais Desserts, which combines high expectations of quality and creativity therefore asserting the level of excellence of the competition. Relais Desserts brings a new dimension to the competition in choosing to organize it every other year in public, at the Paris Chocolate Trade Show.

Relais Desserts Charles Proust competition, a gourmet and highly technical contest, has revealed its newbatch of future stars of desserts.

From its origins up to today

The Charles Proust Relais Desserts competition has been the Pastry Chefs’ favorite contest for half a century.

The Relais Desserts Association, with the support of the Marnier-Lapostolle Products Company chose the Chocolate Trade Show 2006 to revive this awesome competition, open to all chocolate and ice-cream makers.

History of the competition:

Saint Michel: In 1871, it was one of the first mutual insurance companies that eventually became the only Pastry cooks association. Its purpose: to promote progress in pastry, find the pastry cooks jobs and pass on traditions.

Charles Proust: For over 30 years, one of the famous Saint Michel’s Day presidents.

The jury consisted of renowned pastry chefs (Messieurs Tholonniat, Franchiolo, Deblieux and Delaveyne). The winner of this first edition was Camille Laffetat. The Marnier-Lapostolle Products Company was already a sponsor back then and also present through Jean Guillou, contestant at the time, who became “Meilleur Ouvrier de France” (a high honor meaning Best Craftsman of France) in 1955 and later Pastry Chef for the brand for several years.

1981: The Relais Desserts Association is created. In 2006, it consisted of 85 prestigious Pastry Chefs from all over the world.

1994: The Chocolate Trade show got its start: of course, Saint Michel, the Relais Desserts association and the Marnier-Lapostolle Products Company, they were all there for this first meeting.

1997: At this last edition, the winner was Eddie Benghanem (currently Pastry Chef for the Trianon Palace in Versailles). Jean-Paul Hévin was president.

2006: On October 28 2006, the Relais Desserts association, together with the Marnier-Lapostolle Products Company decided to revive the competition for the 12th edition of the Chocolate Trade Show in Paris. 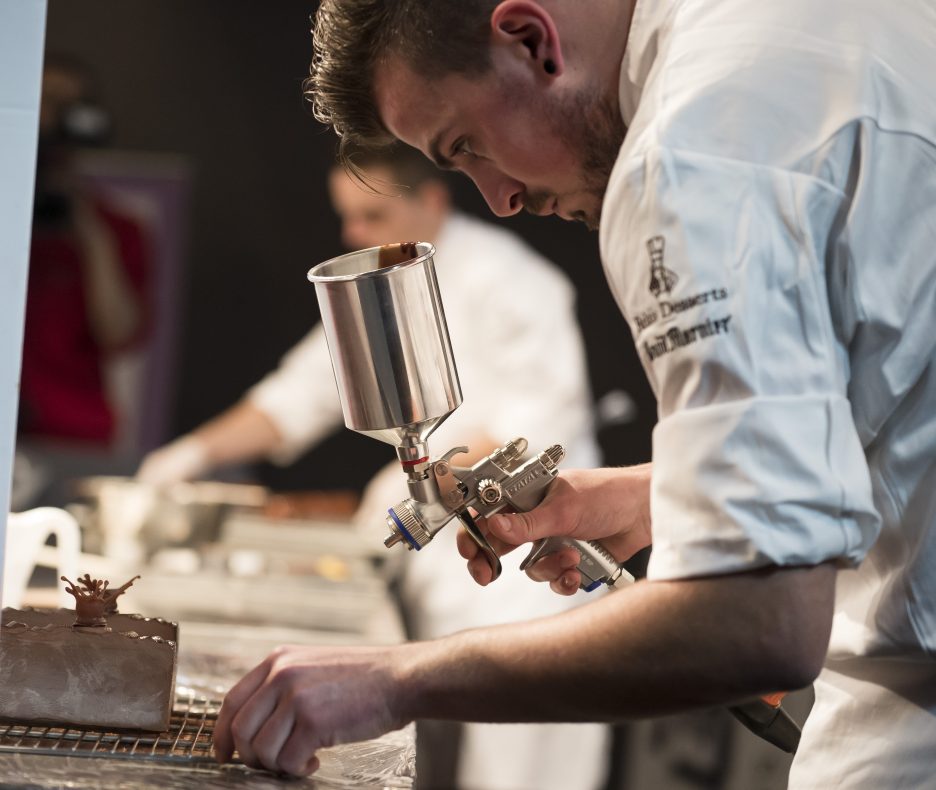 2008: Pit Oberweis presided. Winner: Daisuke Tomita on the theme “ Christmas throughout the world in the 21stcentury”.

2014: Christophe Michalak presided. Winner: Tatsuya Onishi on the theme “Dali and his works”.