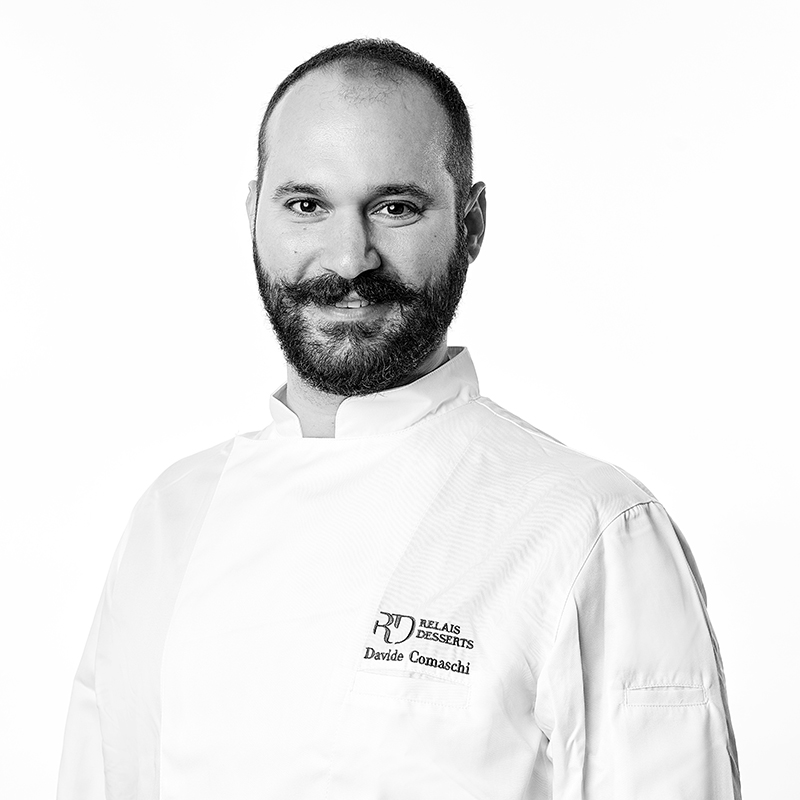 After brilliant studies in Italy, Chef Comaschi climbed the ranks of the patisserie world in just a few years.

Recognized by his peers for both his talent and his knowledge, he has won numerous prizes such as the gold medal at the Italian Championships of 2008, and the silver medal at the World Patisserie Cup, among others. It was only natural then that in 2013 he would  become the coveted champion of the World Chocolate Masters competition with his sculpture “Forever Taste”, which measured more than two metres in height.

On October 26, 2020, David also received the Master of Art & Crafts Award in Italy. He is the youngest chef ever to have received this award.

Today David Comaschi is director of the Chocolate Academy Center in Milan and continues to impress both the general public and his colleagues with his ideas combining design, grandeur and delight.