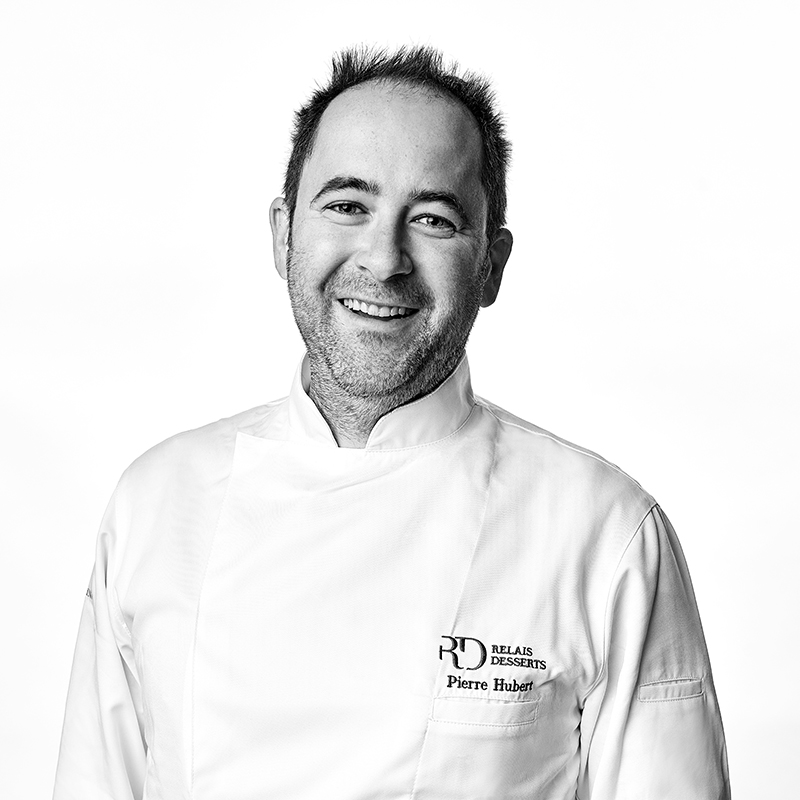 Well-received by the public in Burgundy, he opened a kiosk in Spring 2015 in the La Toison d’Or (The Golden Fleece) regional shopping centre, then joining this with his new manufacturing workshop and his third shop in the north of Dijon in Autumn 2015.
A pastry chef since the age of 14, he has forged his know-how with Laurent Le Daniel (Rennes), Romaric Boilley (Délices des Sens, Lyon), Pierre-Yves Kermarec (Histoire de Chocolat, Brest) and Sébastien Brocard (Saint-Genis Pouilly).

Pierre Hubert is a pastry chef who is invested in his work, who is committed to changing his dessert menu three times a year (in spring and autumn and for Christmas). Always listening to his pastry chefs and his customers, he is continually trying to discover and to introduce new flavours. He now represents French pâtisserie in Dijon, the new city of gastronomy.